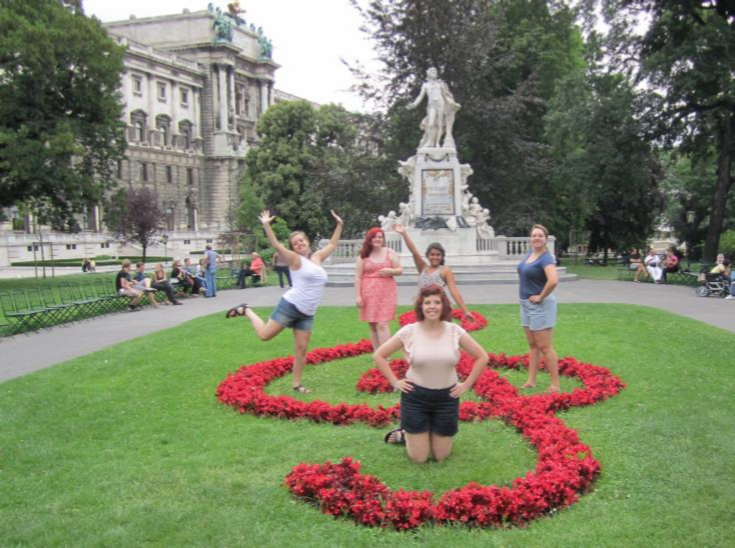 Day 1 - Depart USA
Depart USA on your international flight to Prague. Dinner and breakfast will be served on your flight.

Day 2 - Prague
Morning arrival in Prague. Embark on a half day city tour of the marvelous city Prague, the Capital City of the Czech Republic. Praha (The name of the city in Czech) is known as the pearl of Europe; it is one of the most beautiful and unspoiled cities in Europe. Although the city was isolated behind the Iron Curtain for more than forty years, it has now resumed its place as a major intellectual center of Europe. For six centuries it has remained nearly untouched by war, leaving intact stunning examples from the Romanesque, Gothic, Renaissance, Baroque, and Rococo architectural styles. We will have excellent opportunities to photograph the famous Charles Bridge, the Town Square and narrow alleyways. Welcome dinner in Prague. Overnight Prague.(B, D)

Day 3 - Prague
After breakfast we tour the Prague Castle, an ancient symbol of the Czech lands, the most significant Czech monument and one of the most important cultural institutions in the Czech Republic. The Castle is the biggest castle in the world at about 570 meters in length and an average of about 130 meters wide. Afternoon at your leisure to roam the streets of Prague and explore on your own or shop. Evening concert in or around Prague. (B, D)

Day 4 - Slovakia
After breakfast we have some more time to explore Prague before we head south to Slovakia, an independent republic since 1993 when they peacefully separated from the Czech Republic. En route to Zvolen we will discover the beautiful town of Banksa Bystrica. One of the oldest towns in Slovakia, its city centre will charm for shopping and free time. After spending some time here we will continue to Zvolen where you will unpack your bags for the next two nights in our city centre hotel. Dinner at or near the hotel. (B, D)

Day 5 - Slovakia
After breakfast excursion to the city of Banska Stiavnica a UNESCO World Heritage Site. This is one of the most strikingly beautiful and historically interesting towns in Slovakia. Time for sightseeing. Lunch in folk style traditional restaurant in St. Anton. Presentation of Slovak Arts and crafts. Early afternoon continue to Zvolen. Zvolen dates back to the Paleolithic time period. It is located on the confluence of two important rivers. The city is an important transportation hub for the country with a major railroad logistic as well. Slovakia has many hidden treasures of Central Europe. Check-into hotel. If time allows short Orientation tour of Zvolen. Afternoon visit and guided tour of Zvolen Castle ending in the King’s Hall. Time for our rehearsal at the castle. Meeting with local choir. Joint evening concert with local choir in the King’s Hall of Zvolen Castle. Dinner on your own. Overnight Zvolen.(B, L)

Day 6 - Budapest
After breakfast, transfer to Budapest. En route, visit Godollo, where the second largest Baroque palace in the world is located. Once the former summer residence of Queen Elisabeth (Sissi), a tour of the palace will give a glimpse of the castle in Austro-Hungarian Empire times. Afternoon arrival in Budapest. Check into hotel. (B, D)

Day 7 - Budapest
Budapest, located on the Danube is one of the most beautiful cities in the world. This morning enjoy a panorama tour of Budapest. Evening concert in Budapest. (B, D)

Day 8 - Vienna
After breakfast depart to Bratislava, Slovakia, on the way to Vienna. Embark on walking tour of the historic city center. You will see Bratislava castle with its splendid panoramic view, Old Town, St. Martin’s Cathedral where many coronations have taken place, St. Michael’s Gate, the Premier’s Place, the old Town Hall and the Opera House. Lunch at typical local restaurant. Continue to Vienna. Enjoy the first sight and first impressions of the City of Classical Music. Check in your hotel in Vienna. Dinner on your own. (B, L)

Day 9 - Vienna
LAfter breakfast depart on 2-3 hour guided tour of Vienna, The choir will then perform a lunch time recital St. Stephen’s Cathedral. Located in the heart of the city, it is particularly close to the heart of the Viennese. The “Steffl”, as it is often called, is the city’s landmark. It is perhaps the landmark of all of Austria. Afternoon at your leisure. For the rest of the afternoon you might wish to see the Imperial Treasury with crown jewels or the Museum of Musical Instruments. Perhaps you want to visit the Prater with its famous ferries wheel. There are many fine museums to explore including Hundertwasser’s Kunsthaus. Join the group again for a traditional dinner in a local Heurigen restaurant with live music. (B, D)

Day 10 - Return Home
Enjoy your last breakfast at the hotel before boarding your international flight where you will land on the same day.