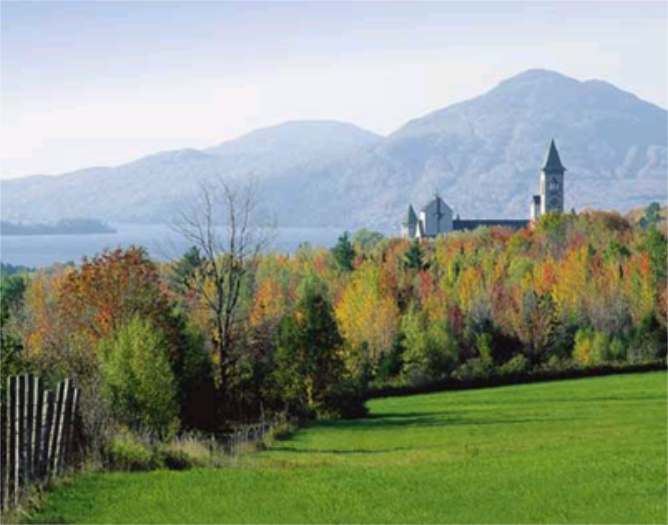 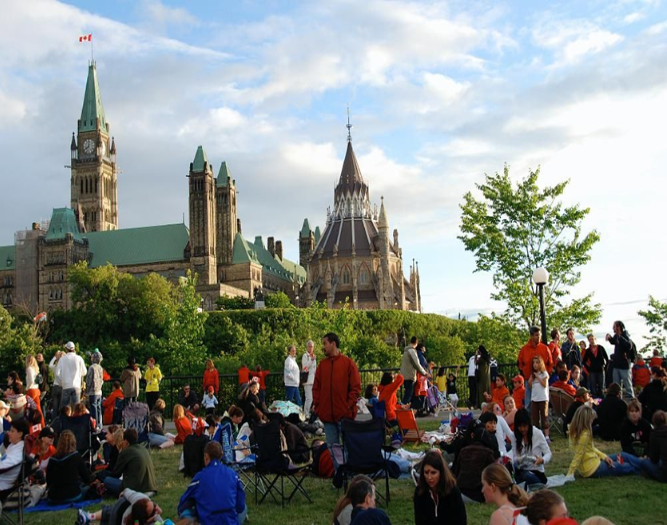 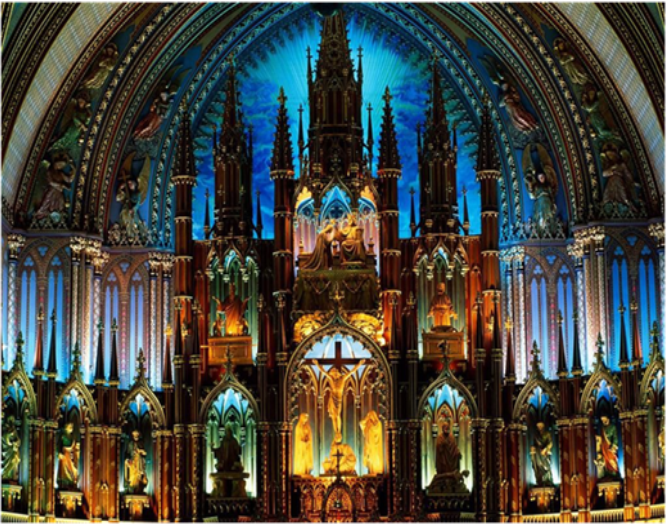 Day 2 - Montreal
After breakfast embark on a city tour of Montreal. “May 1642. A group of French settlers, men and women both, founded Montréal on the banks of the St. Lawrence River, on a tip of land that is now part of Old Montréal. This little 17th-century French settlement, initially baptized Ville-Marie, would grow and change quickly.” Free time in the city. In the afternoon we travel to meet a local choir. Dinner with them followed by a concert with both choirs in the evening. Back to Montreal for the night. Overnight Montreal. (B, D)

Day 3 - Magog / St Benoit du Lac
We travel to St-Benoit du Lac to visit the Abbey of Saint-Benoit (Benedict) located on lake Memphremagog. I've never seen monks pick a bad location, but they outdid themselves at Saint-Benoit. Enjoy the Gregorian song by the Benedictine monks, where they raise their voices in chant. The abbey stands on high ground along the western fork of the lake, surrounded by forest, meadows, and its own apple orchards. On to Magog, free time for lunch and visit of this cute city on Memphremagog lake (close to Vermont). Visit of a local winery with wine tasting. Dinner and lodging in a resort at Mont Orford area. (B,D)

Day 4 - Magog / Quebec City
After breakfast we continue to Quebec City thru the old road. Stop in Black lake at the largest open sky mine (asbestos) in the world. Free time for lunch at the arrival in Quebec City. In the afternoon enjoy a city tour of Quebec city. Dinner with a local choral (pending confirmation) followed by concert of both choirs. Dinner and overnight Quebec City. (B, D)

Day 5 - Quebec City
Visit of Cote de Beaupré including Ste-Anne Basilica; the most important catholic pilgrimage place in North America (more than 1.5 million visitors per year). You will have the opportunity to give a concert followed by mass at 11:30AM (pending confirmation). Continue to Orleans Island and have a traditional Quebec Sugar shack lunch. Stop at Montmorency Falls, a large waterfall in Quebec, at 275 ft high the highest in the province of Quebec and 98 ft higher than Niagara Falls. Evening concert (pending confirmation). Free time for dinner in the old city. Overnight Quebec City. (B, L)

Day 6 - Quebec City / Ottawa
Scenic ride to Ottawa with a stop en route for a lunch in a special inn: a log house overlooking St-Maurice River. Follow along the river on a panoramic road. At the arrival in Ottawa, visit of Canadian civilization museum based on Canadian history from the First communities to today Canada. Overnight Ottawa. (B, L)

Day 7 - Ottawa
Embark on a city tour of this fascinating city. Afternoon at your own leisure. Dinner and overnight Ottawa. (B, D)